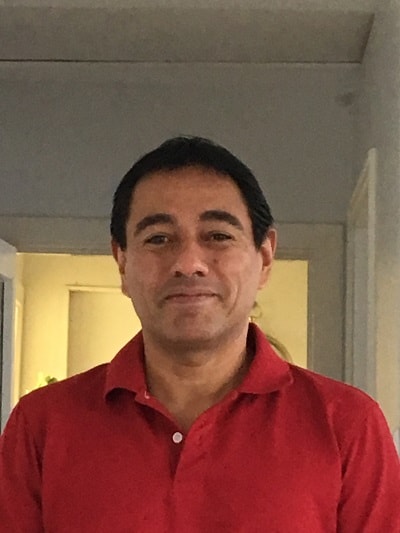 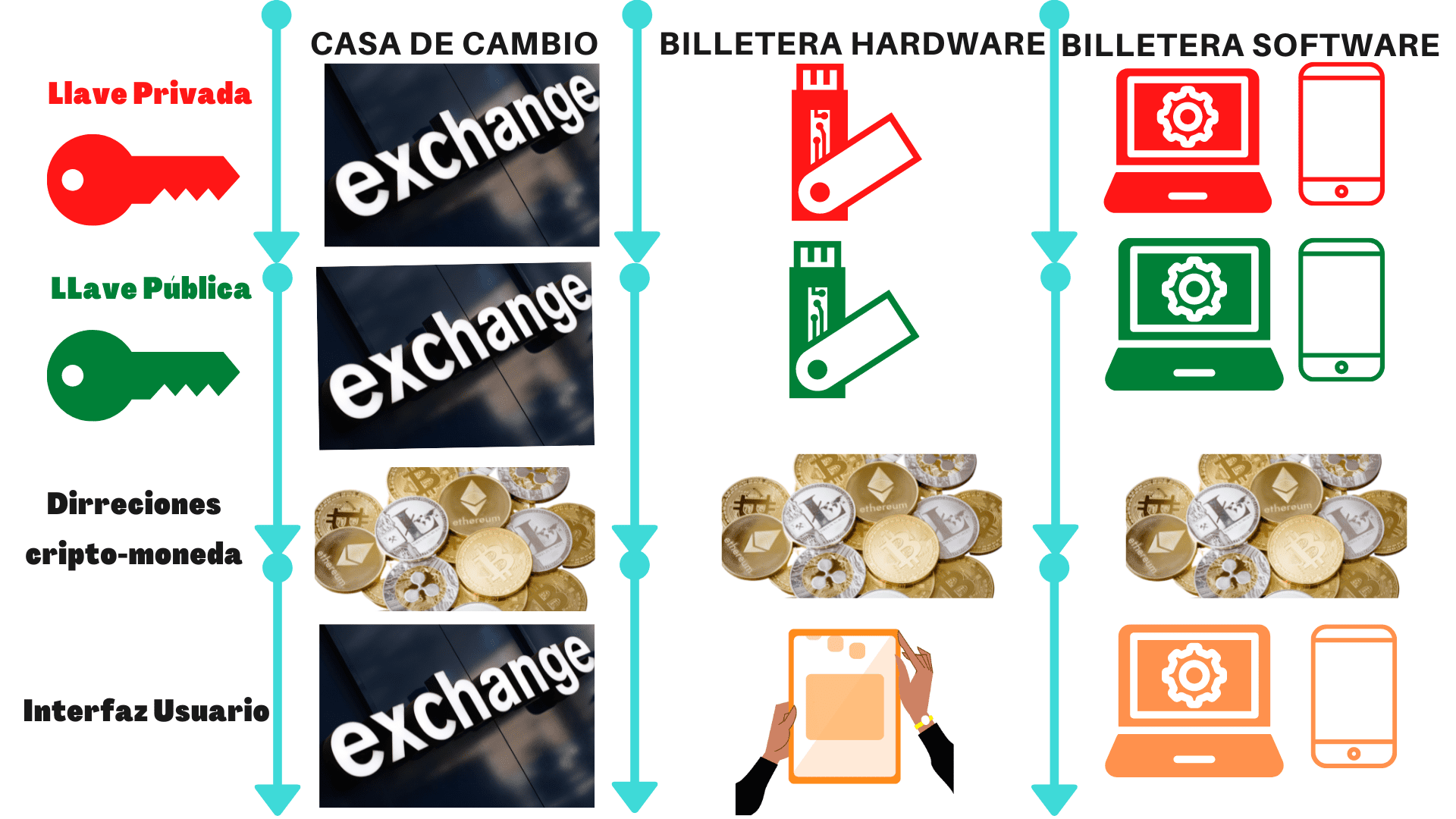 Blockchain technology is used for several things like smart contracts and one of the most common is used as a ledger for all cryptocurrencies.

There are several blockchains, 3 of them are the platforms of Bitcoin (first generation) Ethereum (second generation) and Cardano (third generation) the second uses ETH as currency and Cardano its currency is ADA, from now on any institution, government, company, etc, that want to create a currency on any of the blockchain platforms is no longer a currency but a Token. For example, KubeCoin (*NFA) uses the Cardano blockchain, therefore it is a token.

Crypto addresses are like a bank account and it is public, the address and the public keys can be seen by anyone.

Let’s see, if we want to move a cryptocurrency from one address to another, we need a private key, it is the only way to complete the transaction, all the funds of the coins are in the blockchain, the wallet is the link, it is the control.

To be able to carry out this whole process we need 5 things:

HOW IS THE PROCESS PERFORMED?

It is done through a crypto wallet.

WHAT IS A CRYPTO WALLET?

It is where the keys are stored and allows the movement of crypto transactions between them, some types of wallets are:

1-) Hosted wallet are the ones used in the Crypto Exchange.

2-) Hardware Wallet which is also known as cold wallet, are not connected to the internet such as Ledger, Trezor and others.

3-) Software Wallet known as a hot wallet is connected to the internet. There are several types such as: Web wallet or extension like Yoroi, and also Mobile wallets.

In the Hosted wallets, the crypto exchange controls and creates everything: the address, the public key, the private key and the user interface, that is why the famous saying that says: if you do not have the key, you do not have the crypto. If the crypto exchange is hacked or goes bankrupt, everyone loses their cryptocurrencies. Since we already know that they manage and control everything, I will not talk about them anymore.

The hardware wallet, the owner is the one who controls everything, through this hard wallet, he creates the keys, addresses, and the interface. Hardware wallets are never connected to the internet except when a transaction is going to be made and for this reason it is considered the most secure.

The software wallet is controlled by the user, it creates its own keys, addresses, and interface, but since it is connected to the internet it can be hacked.

WHAT IS THE USER INTERFACE?

The user interface of the wallets, whether directly or through a third party, allows the connection between people and the machine, in this case of the crypto, as we already know that the funds are in the blockchain, the interface allows any transfer, buy or sell a currency, it can move those funds details from one address to another.

HOW ARE KEYS AND ADDRESSES CREATED?

At the beginning of Bitcoin, an IP # (Internet protocol #) was used as an address, but it was no longer used for security because it could be easy to hack; nowadays the software of the wallets creates its own address and the public key through the private key, how does all this work? Here I explain.

When we buy a hardware wallet, download a software or a web wallet, when we are doing the configuration, we will randomly get several seed phrases or secret words, that depending on the brand of the wallet, can be 12, 18, 24, etc.

Those secret words are the most important of all and therefore they have to be kept in a safe place and it is recommended to divide them and keep them in different places, so that no one has access to all the words if they are kept in the same place.

With those secret words, the PRIVATE KEY is created, and anyone who obtains those words restores the wallet, whether it is a hardware such as a ledger, and if it is a software wallet, download it and then, once the wallet is restored, all the cryptocurrencies that we have in our wallet are stolen. It is our responsibility to keep them secure.

Every time we want to make a transaction or a transfer, the private key creates with its algorithm a new public key with the address, both are public and anyone can see them, the 2 go together, although both are different things.

So, it is important that every time we create a new address, we use it for security since for convenience there are people who use the same address all the time and the bad actors or hackers know everything that go into that address and then will try to steal the cryptos in those addresses.

IN SUMMARY, THAT’S HOW EVERYTHING WORKS?

2- Write the secret words on a piece of paper, repetitively check that they are all spelled correctly and make sure that nothing distracts you and keep them in a safe place and use them when you have to restore your wallet for whatever reason.

4- Every time you want to make a transaction or transfer, the private key through its algorithm creates a new public key along with the address.

5- The address is as if it were the number of a bank account and are together with the public key, although they are 2 different things.

6- The public key is a series of numbers and letters that when a transaction is made is encrypted or like a closed padlock that verifies that the address is correct and can receive funds.

7- The user interface makes it easy to move from one direction to another.

To be more specific, with my private key I will be able to create hundreds of billions of public keys with their addresses, therefore, every time we want to make a transaction, we use a new address since the same one is not recommended.

Now let’s see an example, in the case of a third party who wants me to send him 20 ADAs, that person gives me an address created with his private key, at the same time that the address is created the public key is also created, both are stuck together. And this is the process:

1- I deposit those 20 ADAs in the public key that person gave me, it closes like a padlock and is encrypted.

2- The user interface is like a vehicle that transports the information through the blockchain until it reaches the address given to it.

3- Once the 20 ADAs reach that address, the private key verifies that the public key is correct and decrypts it, the transaction is recorded in the wallet, although the funds never leave the blockchain, it acts as a public accounting book which will count the coin or token that came out of my wallet and the one that went into the other wallet or wallet address.

-If you are going to make a transaction with cryptocurrency for the first time, do a test first with the minimum amount allowed, because if you make a mistake, you cannot reverse it and the cryptocurrencies are lost.

-There are wallets that can only be used on one blockchain and others with few or many blockchains, so check beforehand.

-The blockchain is very secure and so transparent that everyone can see the public keys and addresses and how many cryptocurrencies are moved from one address to another, for that reason different addresses should be used each time a transaction is made so that they do not know how much do you have. What they cannot see in the blockchain is the private key and who owns the addresses.

– In the crypto world we are the bank and that comes with a lot of responsibility, that is why the secret words are extremely important to keep in several safe places, because if someone finds them, they can restore the wallet, make an exact copy of the private key and steal all your cryptocurrencies. 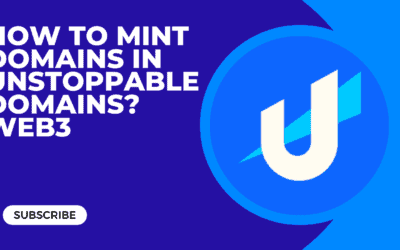 HOW TO MINT DOMAINS IN UNSTOPPABLE DOMAINS? WEB3

HOW TO MINT DOMAINS IN UNSTOPPABLE DOMAINS?    Currently hundreds of web pages, web2 apps and especially web3 and Dapps allow their users to log in using a crypto address, or with an NFT.  In the near future, passwords, usernames and crypto addresses on the web3 will... 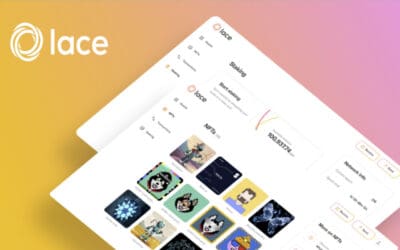 Lace Light Wallet from Cardano-IOHK (Web3)  Blockchain technology is about more than just money. It’s also about owning your own data, collective innovation and supporting digital creators.  In input output global, creator of Cardano made one easy to use platform that... 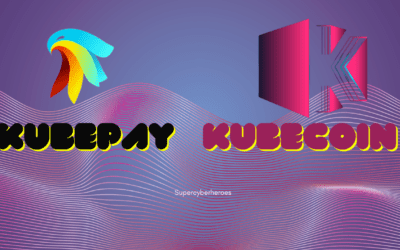 WHAT IS KUBECOIN?  KubeCoin is a token build in the Cardano blockchain that can be use for travel & leisure in the real world, with the integration of Cryptocurrencies in the day-to-day lives of users. In the kubecoin Ecosystem, there are several innovative... 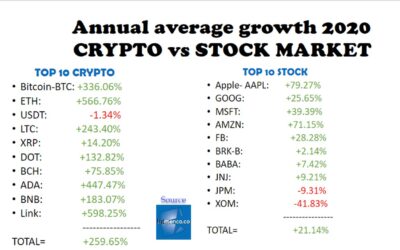 Which market gives the highest return on investment?   As seen in the graph above, the 2020 annual return of the 10 largest companies in both markets were higher in the crypto market than that of the stock market.    In the stock market, the one that obtained the... 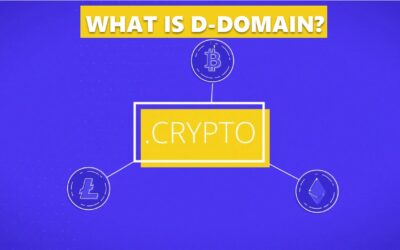 WHAT IS D-DOMAIN & D-INTERNET AND WHY SHOULD BRANDS BE PROTECTED?

WHAT IS D-DOMAIN & D-INTERNET AND WHY SHOULD BRANDS BE PROTECTED?   Nowadays, any domain that one wants to register like supercyberheroes.com has to do it with register companies such as godaddy and many others. The information of that registry is stored on... 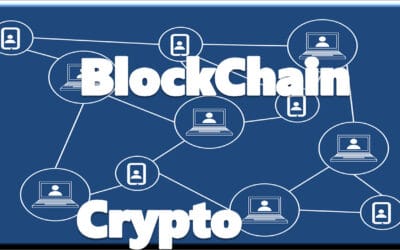 WHAT IS BLOCKCHAIN HOW IS IT CREATED AND WHAT IS MINING?  In accounting, to keep the accounts of everything that goes out and comes in, they are made in the general ledger, that information is stored in a centralized way in a bank, a company, on a server or another...